A jobseeker Haider Malik, 24, set up his own pop-up stand on the Canary Wharf in east London on the Tuesday morning of November 2, hoping to find a position in banking and finance, got an interview within three hours and had a new job by the end of the week. With a first-class degree from Middlesex University London, in banking and finance. He had been searching for a role since the beginning of the Covid-19 p**de!ic in 2020 and became frustrated with Zoom interviews where he couldn’t properly showcase his personality. 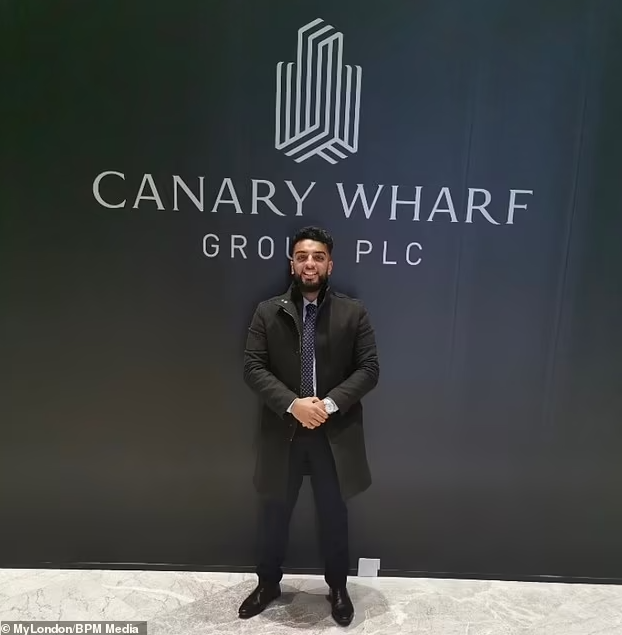 But then he ahead of his trip to Canary Wharf Group. He said: ‘The first five minutes or 10 minutes I felt nervous because I was standing there empty-handed. ‘I found it really awkward. I didn’t know what I was doing, I found it really weird. ‘I had all my CVs in my bag. I was standing there empty-handed trying to look at people and hoping to meet people rather than being proactive and speaking to them.’ 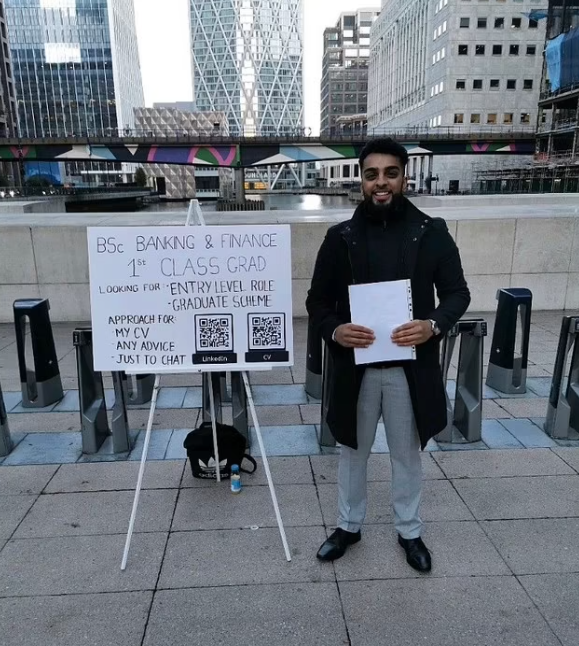 He purchased a board from a stationery shop in Romford and attached QR codes to download his CV and view his LinkedIn profile.
He began his morning job seeking at 6.45 am at Canary Wharf station. Some people gave words of encouragement, but one person on their offered life-changing help. Mr. Malik said ‘There was one person called Emmanuel who actually posted a picture of me online. 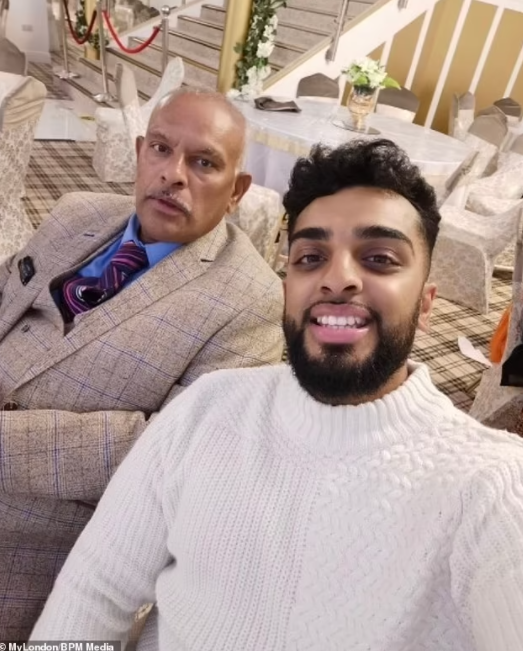 ‘He actually came up to me, he put his hand out and said: “I wish you well”, and said he wanted to do something similar two years ago but didn’t have the courage to do it. Now, by 9.30 am, he received a message for an interview for a role as a treasury analyst at the Canary Wharf Group. He said ‘I got a text message from the director of the department at about 9.30 is saying: ‘Come in for an interview at 10.30 am’. ‘I had my car in the car park so, I took the board and took all my stuff. I was like: “Wow, this is crazy”. After the interview, Mr. Malik went back to his car to head home but quickly realized his story had gone viral on social media.
When he went back, he had about 10 missed calls from loads of different numbers, and got to know that his LinkedIn posts and CV become viral. Then he attended his second interview on Friday, November 5 at the Canary Wharf Group, and that same evening he was offered a job. 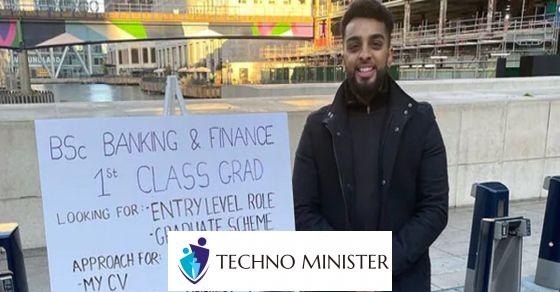 Another reason Mr. Malik felt motivated to go to Canary Wharf was that he feels are unrealistic expectations for graduates to have work experience. With a lot of determination, luck, and help from a stranger, Mr. Malik’s plan worked hard, and he decided to thank the man by taking him to lunch, who had posted his story on social media.