Life is full of unexpected events, and some have a lasting impact on our lives. Something similar happened to an Arizona grandmother who acci**ntal!y invited a young teen via text message thinking she had texted her grandson. The recipient of the message was one high school senior named Jamal Hinton. At that time he was sitting in the class. The happy coincidence made a bond that continues to be strong even after six years. The stranger duo, who met due to a mistake, celebrates their 6th thanksgiving this year. Hinton previously confirmed via social media that he would be celebrating thanksgiving with Dench 64. He even snapped pics with Dench and her girlfriend to mark the occasion. The happy incident happened back in 2016 when Wanda Dench, an Arizona resident, texted Jamal a message intended for her grandson.

We are all set for year 6! 🦃 pic.twitter.com/wEQioizWGd

Jamal, who was a student at Desert Vista high school back then, couldn’t recognize the number, so he replied by inquiring who sent it. “Your Grandmother,” replied Dench. Hinton was again confused, he replied “Grandma? Can I have a picture?” Now, this query was somewhat strange to Dench but she sent her picture anyway. The confusion was over at this point and things started to clear up. Hinton replied, “You not my grandma.” “Can I get the plate tho?” Although Dench was embarrassed by the mix-up she extended the hospitality and invited the teen. She replied, “Of course you can.” “That’s what grandmas do … feed everyone.” This unexpected enc**nter forged a lovely bond between the duo and it continues even after so many years. Jamal Hinton posted the screenshot of the unexpected conversation on Twitter, and the tweet instantly became a hit and was retweeted 150,000 times. 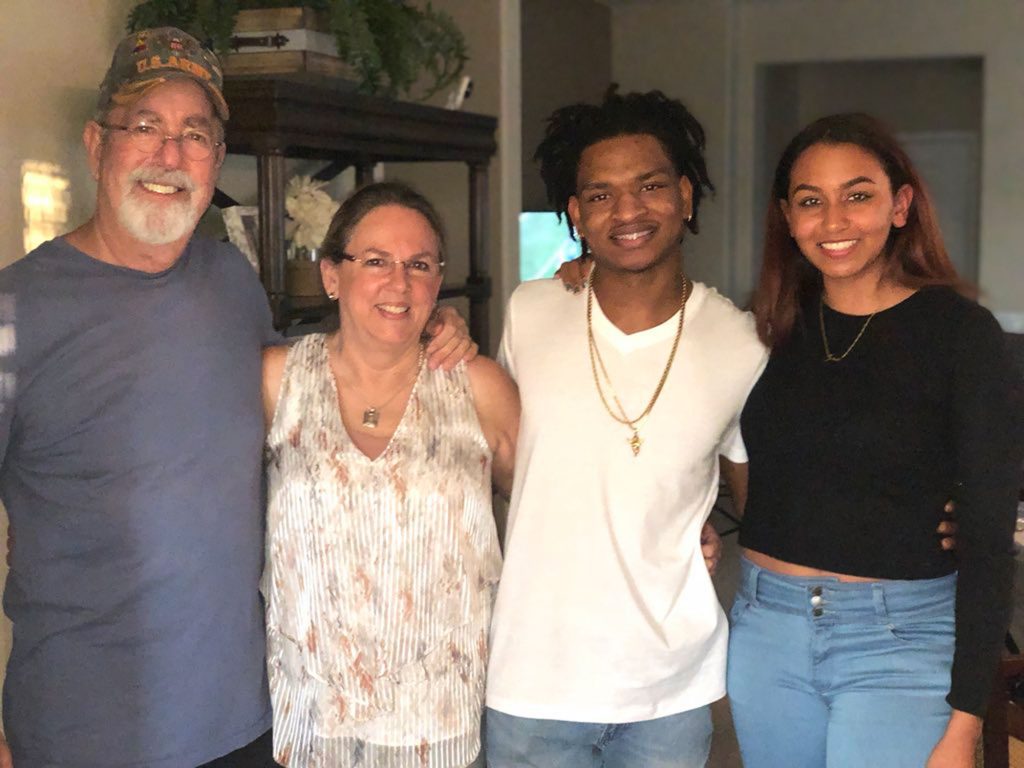 Although this proves a little discomforting to Dench, as the screenshot included her number. Within a few days, her message box and voicemail were full. She has to change her number. Since the happy coincidence, Jamal and his girlfriend have celebrated thanksgiving with Dench and her family. Last year was tough for Dench as her husband d**d due to Covid complications, and she didn’t feel like celebrating.