It is a great feeling to marry someone you have admired since childhood. The moment itself is so cherishable to become a lifelong partner of your loved one. It sounds like a fairy tale! It is the true story of Laura Scheel and Matt Grodsky, who admired each other since they were in preschool and finally tied the knot. 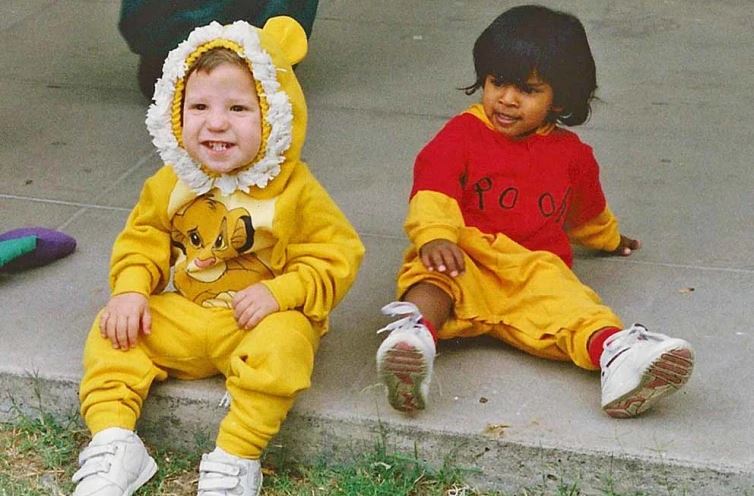 Laura Scheel and Matt Grodsky met in preschool, and their hearts started pounding for each other. Although the preschool memories were short, they still felt connected. Their story is unique. Matt recollects his childhood memory when he stood up in class and proudly claimed that he wished to marry Laura in the future. At that time, he did not even know what it meant, but his gut feeling was strong enough to address it in front of the whole class. He somehow felt right about her. They lost contact after preschool and met again in their first year of secondary school through a mutual school companion. Their hearts hit each other, and they started dating within fifteen days. They attended various universities to complete their advanced degrees and maintained long-distance relationships. The years passed on. Matt was now a gentleman, and Lura had become a pretty woman, eagerly waiting for the marriage proposal. Matt had an idea. He decided to propose to Laura at the Preschool Study Hall. Laura needed to come to preschool. While Matt was driving, during the entire journey, Laura kept asking him why they were visiting their preschool. Matt kept the ring in his pocket. After reaching, Matt sat on his knees and proposed to Laura. His younger brother captured the heartwarming moments of both. Laura was surprised and ecstatic. Matt gave his best pitch to Laura for marrying him. She accepted the proposal. Finally, the two got engaged, and a fascinating love story reached its climax. We congratulate the couple and wish them a happy and lovable life ahead. True love wins.