A dad in Belgium has demanded an apology from a cyclist who appeared to del!berately kno-ck over his five-year-old daughter.

Patrick Mpasa was on a Christmas Day walk with his family at a nature reserve in Jalhay, in the east of the country, when the unnamed cyclist approached from behind. 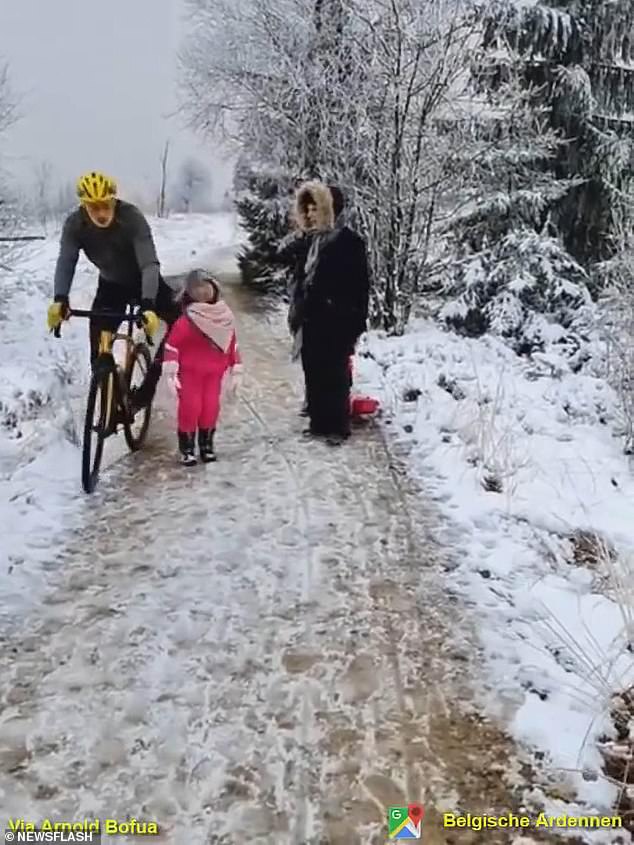 In footage of the incident, he can be heard sounding a bell as he gets nearer, but Patrick’s wife and daughter Neïa do not pick up on it right away. 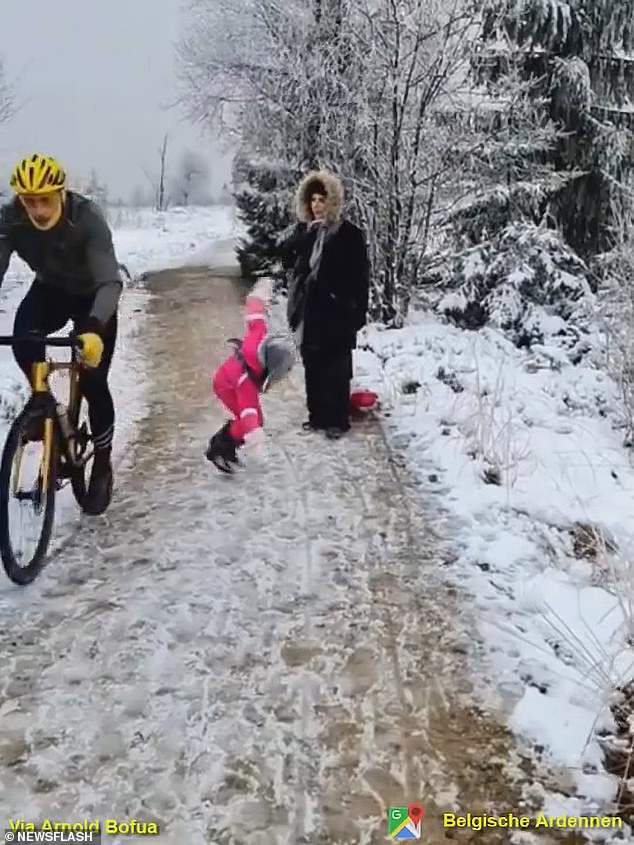 Rather than waiting for them to make way, the cyclist sque-ezes past the child and sticks a knee out as he passes, h!tting Neïa in the back and kno-cking her to the snowy ground.

Patrick – who was filming the incident – contacted the police and pursued the cyclist, but said he showed ‘no remo-rse’.Patrick said: “He explained what happened and asked us to withdraw the complaint to police, but he showed no remo-rse and did not apologize. 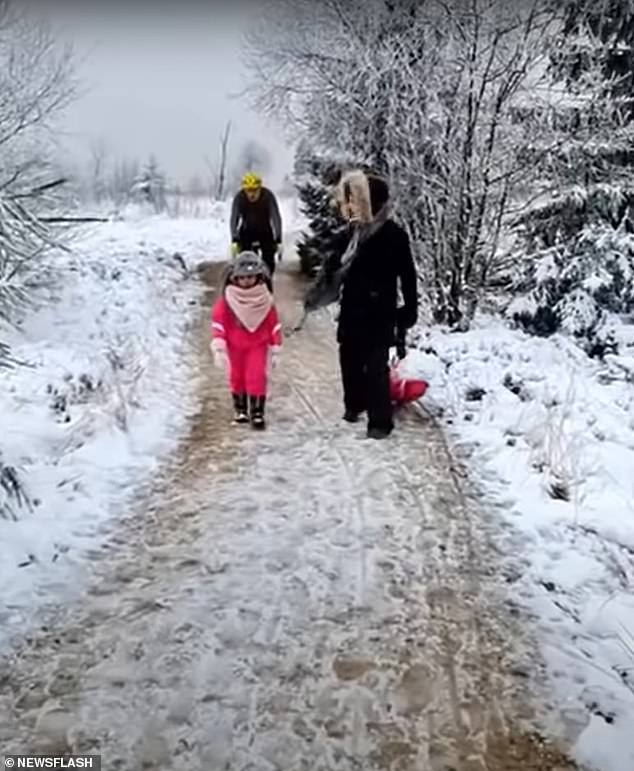 “What’s more, he ac-cused me of being aggr-essive. He cla!med that he had not seen that Neïa had fallen, that he would otherwise have stopped… I have the impression that he thinks it is normal.”Patrick subsequently shared the clip on social media to ‘raise awareness’ and said he wants an apology from the cyclist.He said: “A lot of people tell me that I should have h-it him, but I don’t agree and in any case, I was in front of my children which would have made things even wo-rse for them.

“I also don’t want a witch-hu-nt, I just want him to apologize.”Fortunately, Neïa was not seriously inju-red, though she felt pa!n in her back and wr!sts.Patrick said: “She fell on her forearms. At first we were afraid that she had br-oken something, but fortunately that is not the case.”She does ask herself questions. She said that this man is a bad guy, ‘Why did he do that?’ [she asks].”

Police confirmed they are investigating the incident and asked anyone with information – or ideally the cyclist himself – to come forward. On Monday, Sud Info reported that the cyclist had been identified and faces a possible year behind ba-rs for as*ault and battery on a minor, according to Le Soir.