Taraji was rocking a whole new look from usual sleek bob, and fans couldn’t seem to get enough! Taraji P. Henson went natural on Live! With Kelly & Ryan and she looks gorgeous! The 49-year-old actress revealed her natural curls in a selfie on her Instagram story Thursday, September 19, right before she appeared on the talk show. Her textured locks fell around her face and sported gorgeous caramel highlights, perfect for the changing season. 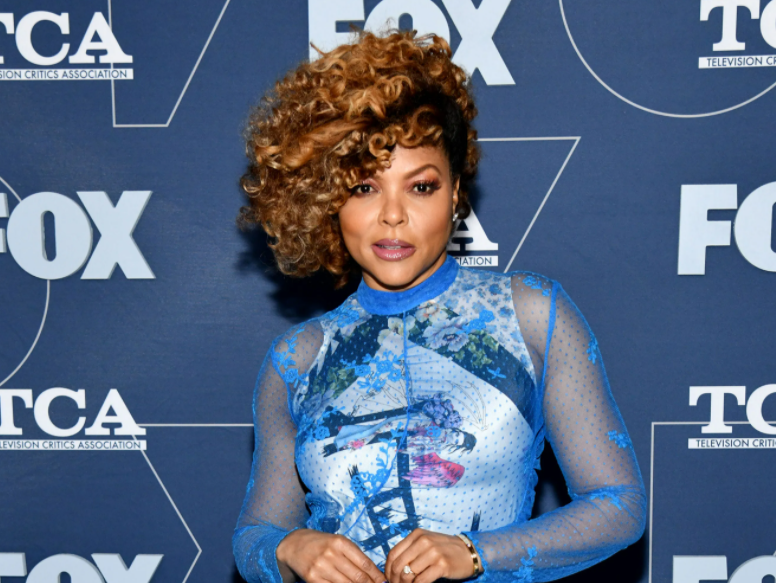 “He loves his work @tymwallancehair,” Taraji captioned the image, as an arrow pointed to the man behind her fresh look — hairstylist Tym Wallace. In addition to Taraji, Tym has a star-studded resume when it comes to styling, also working with Mary J. Blige and Nia Long. Taraji revealed on social media two years ago that she cut her hair, and vowed that she wouldn’t straighten it again. The new-look is a departure from her signature raven-hued shade, which Taraji typically rocks sleek and straight. “ “I don’t have a wig on. I wanted to show what’s always under that hair!” she explained on Live!

The Empire actress has been vocal about her hair damage in the past, caused by years of chemical relaxants. “I feel like relaxing my hair for 26 years really damaged it. But it’s natural now — and I love it,” she revealed to People magazine in 2016. “For Empire I use wigs. I keep my hair braided in lots of teeny cornrows, so the wigs fit on my head. When I take them out, I’ll sit under a steamer while I deep-condition my hair.” Taraji looked super stylish for her appearance, rocking a stunning pair of Chanel earrings, a chic gray sweater with a brown belt, and a matching pair of pants.

She ditched her usual nude matte lipstick for a juicy glossy lip and kept her eye makeup pretty and minimal. Taraji was appearing on the show to promote the upcoming season six and final season of Empire, which premieres September 24. Fans couldn’t get enough of Taraji’s luscious curls and immediately began showing some love on social media. “I love your natural hair. You were fabulous today on Kelly and Ryan,” twitter user Rita wrote. “Taraji’s hair. That’s the Tweet. 😍,” a second fan tweeted. The actress has also been actively teasing a new hair-care line, so we’ll be waiting patiently for more details on that.