Michael Jordan, the NBA legend gave away 2 million dollars from his earnings from ‘The Last Dance’ – a doc-series showcasing his last season with the Chicago Bulls. The former NBA star reportedly made around 4 to 4 million dollars from the series. The donated money will go to local food banks in North Carolina, South Carolina, and Chicago as reported by Variety. 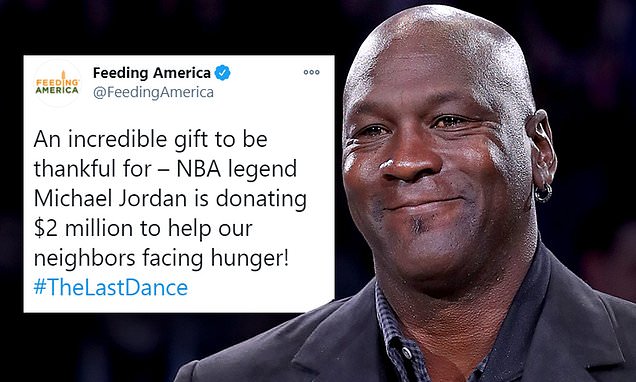 Jordan 57 has been involved with charity work for a long time. It spans back to his playing days, promoting and donating to charitable causes. Moreover, Jordan and Jordan’s brand has also announced a 100 million dollar donation in a span of 10 years for causes that involve, “ensuring racial equality, social justice, and greater access to education.” 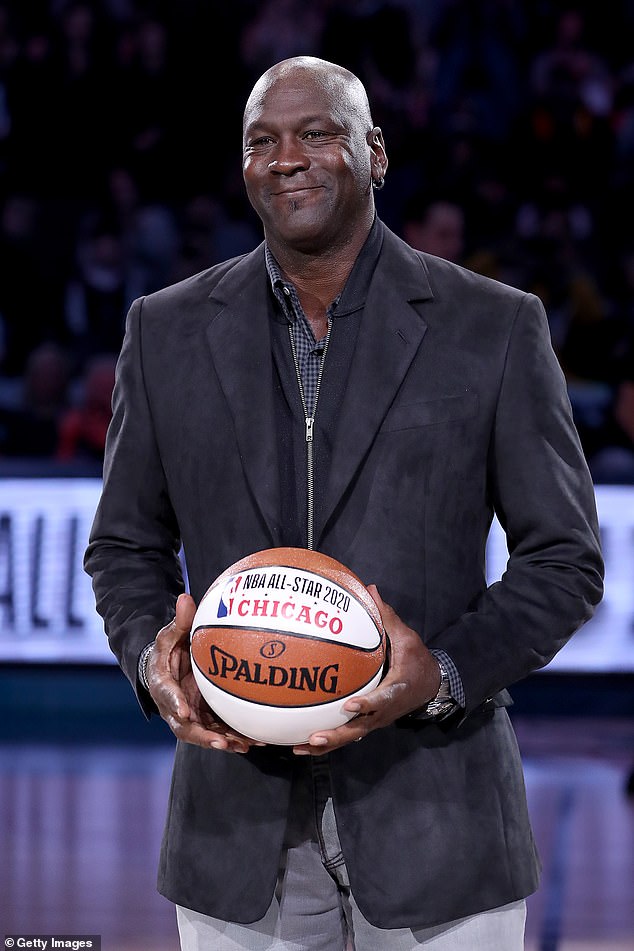 In a statement, Jordan said, “In these challenging times and in a year of unimaginable hardship due to COVID-19, it is more important than ever to pause and say thank you,” said Jordan. “I am proud to be donating additional proceeds from The Last Dance to Feeding America and its member food banks in the Carolinas and Chicago to help feed America’s hungry.” 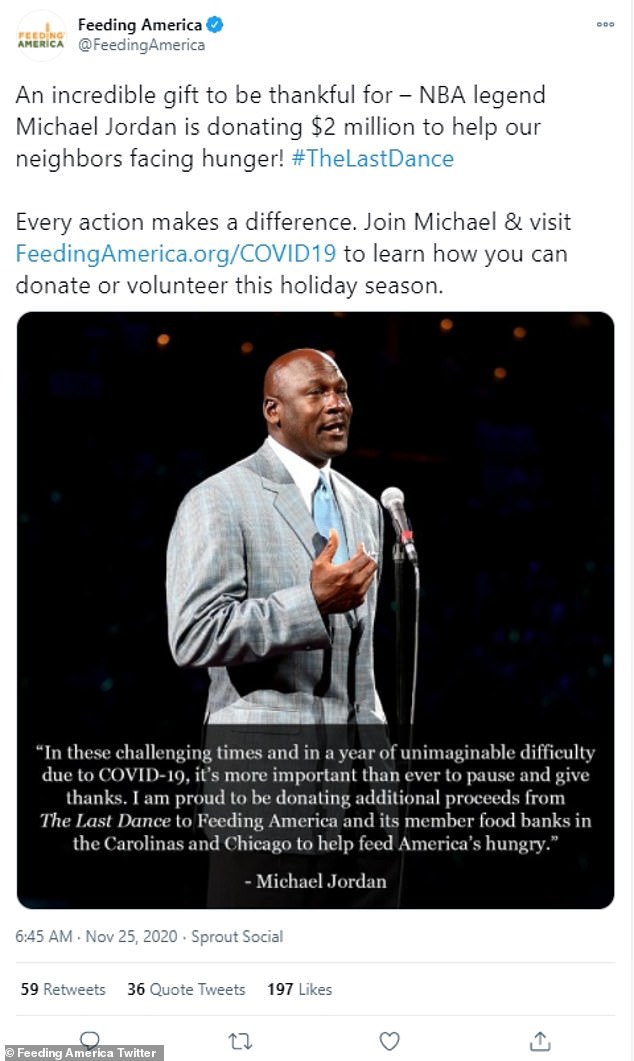 Feeding America welcomed the favor and took to social media to thank the basketball star. The association, on its official Twitter handle, tweeted, “NBA legend Michael Jordan has donated two million dollars to help our neighbors cope with hunger. Every action makes a difference.” Jordon on a previous occasion has announced that he will donate all his earnings from the series to ‘Friends of the Children.’ 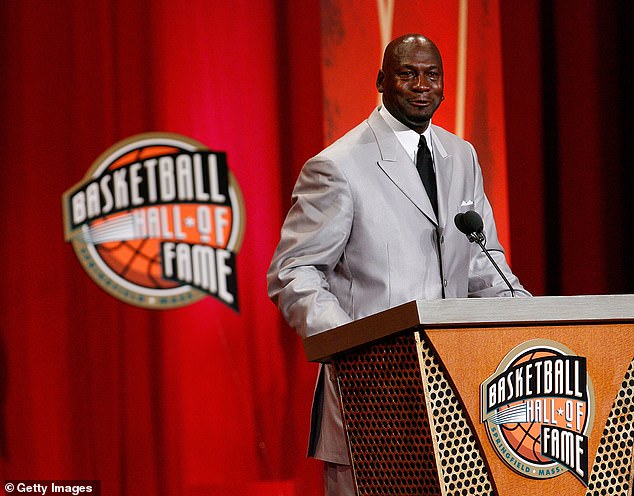 Its a non-profit organization committed to eradicating generational poverty. After the incident of George Floyd’s mu**er by Minneapolis police, Jordan came out with a strong statement condemning the act. He reportedly said, “BLM. This is not a controversial statement. Until the entrenched ra***m that allows our country’s institutions to fail is completely eradicated, we will remain committed to protecting and improving the lives of african- american people.”