Burr, it’s cold in here! Dwyane Wade celebrated his wife, Gabrielle Union, on the 21st anniversary of one of her biggest hit films, Bring It On. The former NBA player, 39, retweeted a clip from the movie on Wednesday, August 25, where Union’s character, Isis, calls out Kirsten Dunst’s Torrance for stealing their cheers. 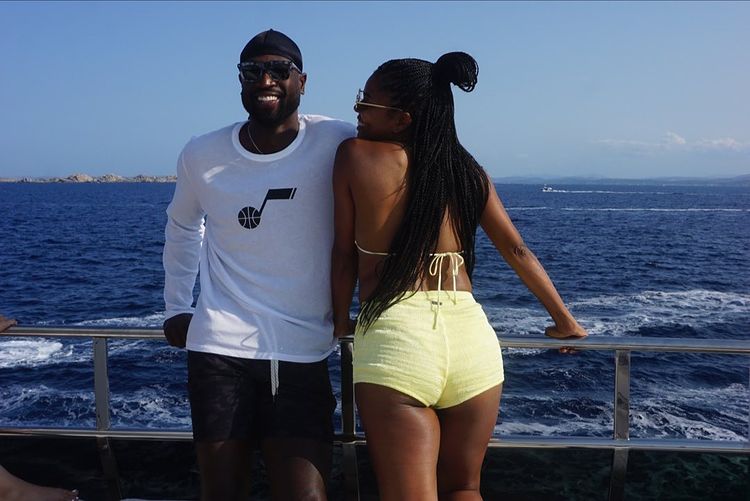 In the movie, Isis, who is the leader of the East Compton Clovers squad, brings some of her teammates to a Rancho Carne Toros football game and does the same cheer word for word as the Toros — proving they aren’t original routines. “Oh, that’s her I mean business walk,” Wade tweeted alongside the clip, which shows the 48-year-old actress storming into the stadium before schooling the cheerleaders. “Every-time sic I leave the toothpaste cap off.”

Oh that’s her I mean business walk 😂 every-time I leave the toothpaste cap off 😂 https://t.co/JA29PoG5EV

One year prior, Union spoke about her time on the teen film in celebration of its 20th anniversary. She reflected on the tight bond she created with her costars, which also included Eliza Dushku (as Missy) and Jesse Bradford (as Cliff). “Me and my friends have this saying: ‘We all we got.’ And that’s really one of the things that was driven home in Bring It On. Sets have to be a safe place,” the Being Mary Jane alum told Vogue in August 2020. “We don’t need to sell each other down a river to have things to talk about in interviews. We don’t need to betray each other’s trust and be disloyal to this collective experience. Everyone in the cast was and still is very protective of each other, and we still hold that experience sacred.” Union continued, “None of us felt like we were for sale. The first rule of fi*ht club is, don’t talk about fight club. That’s how real bonds are built. But you can have fun and be dumb and make stupid mistakes while trusting that we’re gonna have your back.” “It covered ground that no other teen movie has ever covered then or since. Ever. Like, in history. It would’ve been as relevant 60 years ago as it was 20 years ago, and it’ll probably still be relevant 20 years from now,” she said. “It’s the subject matter and how we handled it so unflinchingly with humor. It’s really stood the test of time and still packs the same wallop, but in a campy, good time.” Union proved that her character — and costume — are still relevant in October 2019 when she dressed up as Isis alongside her then 11-month-old daughter Kaavia. “Brought It. #CaliforniaLove,” the L.A.’s Finest star captioned a series of photos from the dress up party, all of which showed her in the iconic green, yellow and orange skirt and crop top uniform. Kaavia, who is now 2, donned a similar outfit, with “Runza” written across the front.