Wendy Williams is the biggest mouth in Gossip news, and as such she tends to keep a pretty large target on her back. Reporting on the most current topics with her own cra-zy opinion thrown in for good measure. She recently report-ed on NBA Youngboy and his baby mother YaYa Mayweather. Its safe to say Youngboy’s mom didn’t like Wendy’s commentary. The story initially k!ck-ed off with Wendy covering reports that YaYa took her infant child to a boat party, where there appeared to be no masks present. “Now, she’s being slamm-ed for taking her one-month old son on a boat. First of all, no one’s wearing masks,” Wendy said of the clip, which showed YaYa jumping on cushions while holding her baby. Referring to Yaya’s mother Melissia Rene, Wendy continued, “Second of all, that is her mother though there and they’re on a boat.” 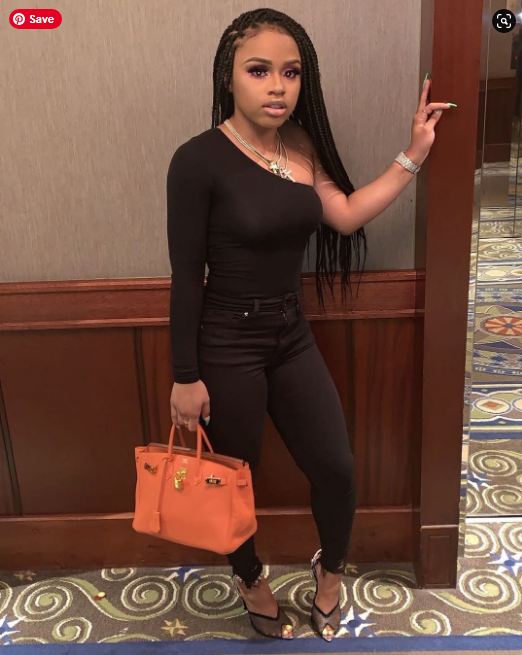 She went on, “Look, it’s not, it wouldn’t be my choice. You know, if I had a daughter and she had just had a baby, and she’s 20 years old, … I’d cr*ck her sk-ull, catch the baby and call DYFS myself. You know? But this boat is probably a huge yacht. The mother’s doing more jumping around.”

She then turned her attention to the infants father, NBA Youngboy. She talked about how the 21 year old rapper is now a father to 7 kids, and stated she felt that father that many kids that young is worst than taking a kid on a boat. “He’s only 21 years old. Nope, he looks very happy to be out of the house,” she commented on the rapper. “Seven kids at twenty one. That’s w*rse than holding a baby on a boat.”

Well his mother, Sherhonda Gaulden was not having it. She immediately took to her Instagram to let Wendy have it, even using some tra-nsph*bic remarks to jab at the day time host.