We all agree that giving birth to a child is an incredible experience. However, being a single parent and raising a child can be challenging. Imagine how daunting it could be for a single parent to raise quadruplets. Carlos Morales lost his beloved wife, Erica Morales, eight hours after she gave birth to her children. She dies due to Hypovolemic Shock. It is an emergency condition. During this, severe blood loss or fluid loss prevents the heart from pumping enough blood to the body. The entire responsibility of their children came up to the father, Morales. Thankfully, he had plenty of support from his family and friends. Morales’ mother-in-law moved in with him. She would take care of the kids during the day. He often felt he wasn’t left with enough time to mourn his dead wife. His kids kept him busy. Morales spends all his time with the kids. He made sure to give each child quality time.

He missed his wife’s presence and thought how happy and excited she would have been to watch the kids grow and do their firsts. On the children’s first birthday, Morales threw a small party with the help of family and friends. It was a bittersweet experience. Though he was happy that it had been a year since the kids were born, he had lost his wife too. Morales knew it would have been a grand party had his wife been alive. She often used to talk about it and would feel excited about it. 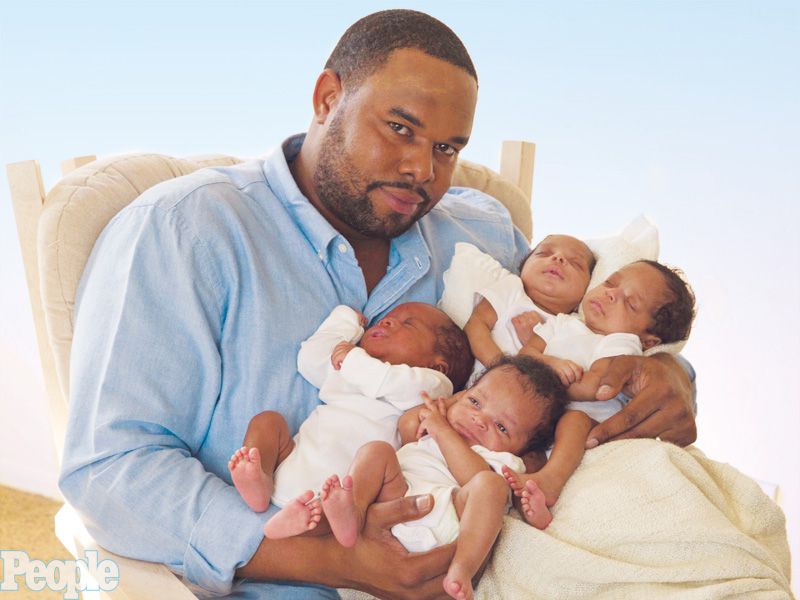 Morales often shares tales about his late wife while pushing the strollers during a walk in the park. He felt it was important for the kids to know what a great woman their mom was. Morales worked as a warehouse supervisor. He created an account on GoFundMe to get additional financial help for his children’s future. People came forward and showed much love and support to the single parent.

More than $486,000 got raised through GoFundMe and talk shows.Comedian Steve Harvey blessed him with $10,000 for each child provided by Sallie Mae. The amount got transferred to a college savings account. Morales inspired the world to stay positive. Though life became most challenging for him, he decided to live it to the fullest. He had met his wife in a nightclub and immediately fell in love. Though she didn’t show much interest in him then, destiny brought them back together a year later. He shared that love and life are beautiful. We cannot be sure when it comes to an end. With quadruplets growing and asking for his attention, he decided to lead his life happily with his kids and memories of his late wife.