This Alabama patrol lieutenant happens to look just like actor Dwayne “The Rock” Johnson and many people in the deputy’s county seem to think so too. Last week, the “Rock” look-alike, Eric Fields, surprised a local fan who wanted to meet him after hearing that he resembles Johnson, Al.com reported. The Morgan County Sheriff’s Office posted about them meeting on Facebook. 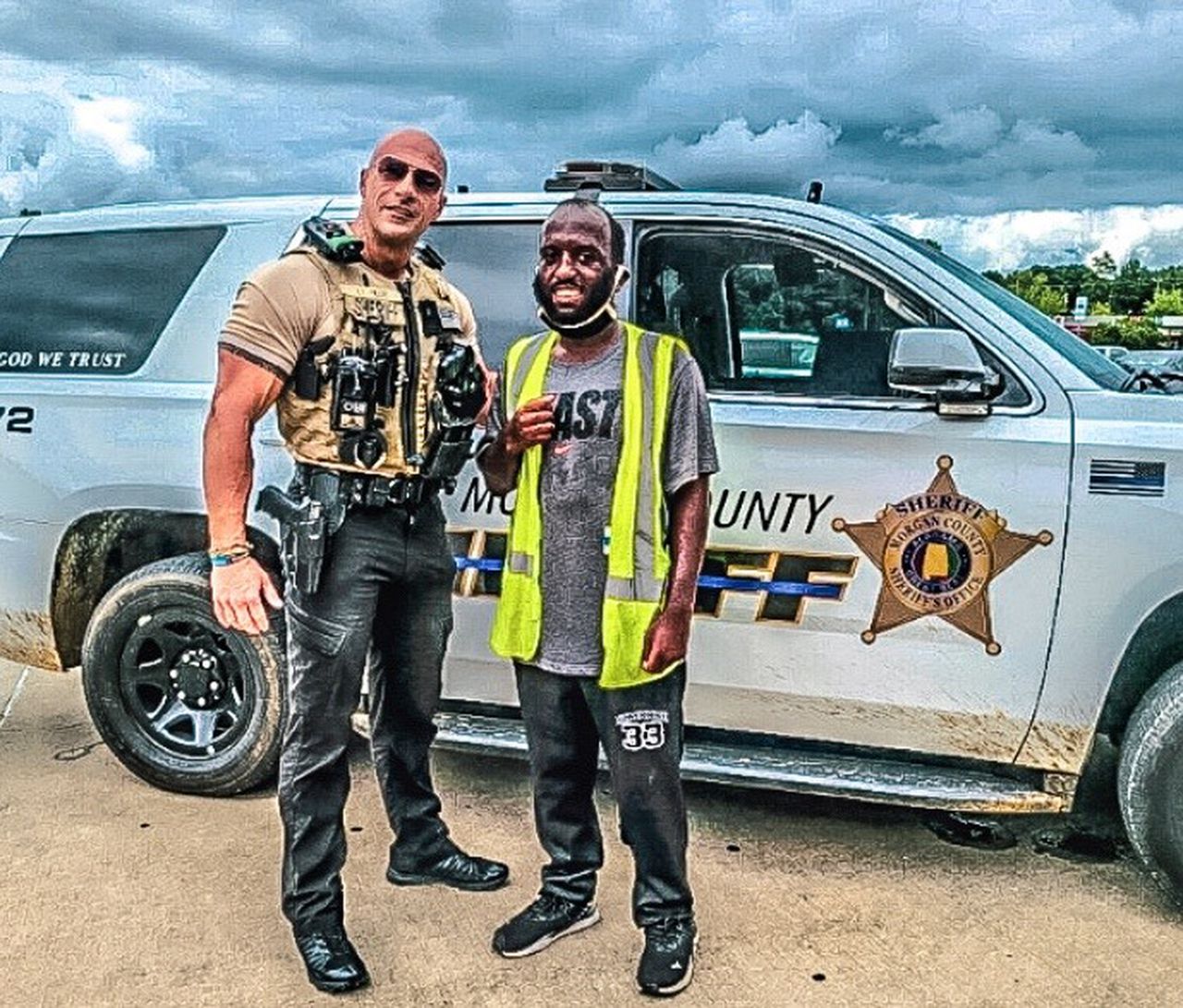 “This gentlemen recently ran into Sgt. Mason and informed him he wanted to meet our Deputy that people say looks like “The Rock.” Sgt. Mason passed that along and Lieutenant Fields was happy to swing by the Hartselle Walmart to see him. Tyler is one of their many hard workers and it was great to meet him and some of his coworkers!” That fan and many others feel the same way about Fields—his muscles and bald head make him look like a twin to the “Jumanji” movie star.

Some who think so even post comparisons on TikTok. Fields, 37, has worked at the sheriff’s office for over 17 years and in many different capacities. He’s worked at the jail, in investigations, in the special vi*tims unit, and with dr**-endangered children before being sworn in as a Deputy U.S. Marshal. He was promoted to corporal, then he went from sergeant to lieutenant over patrol, where he handles tactical training and serves as firearms instructor. 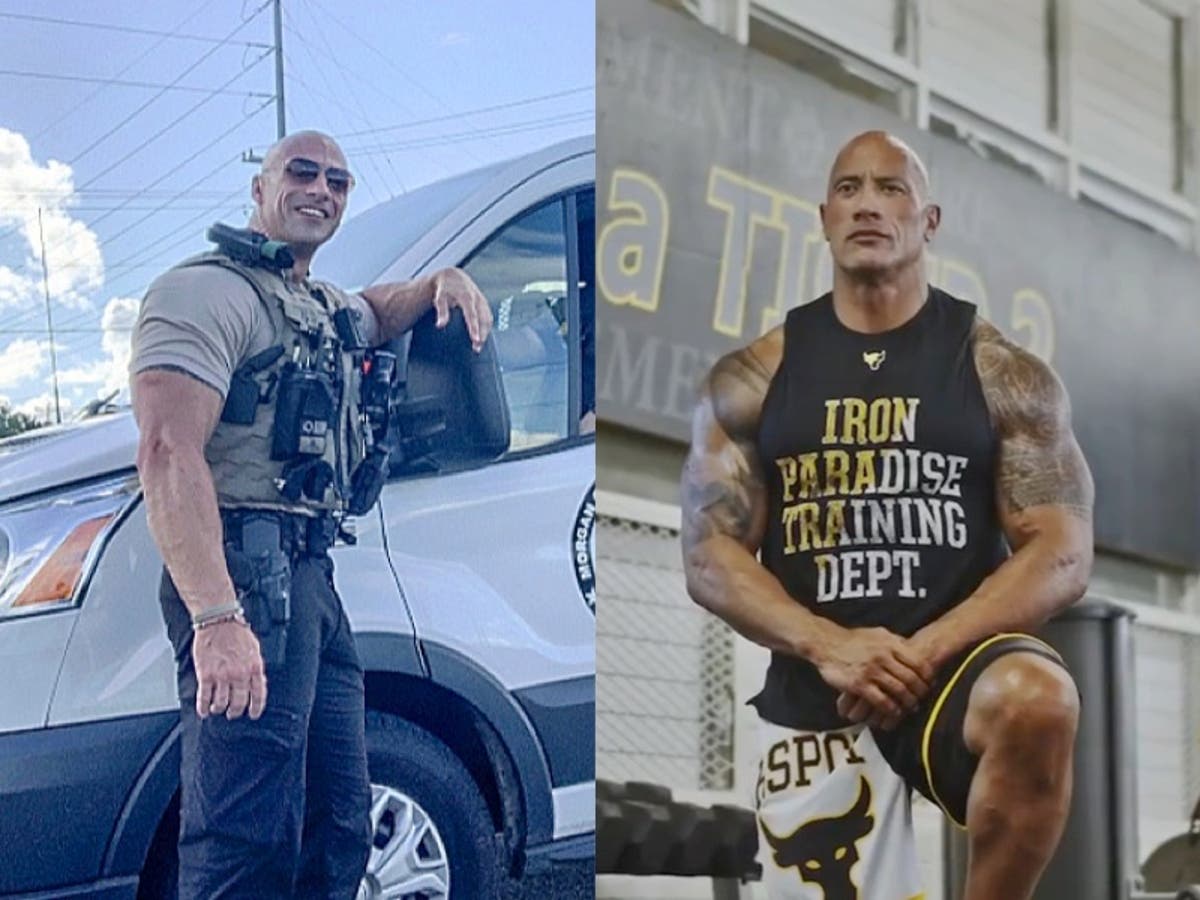 He said the “Rock” comparisons have been a “running joke” for years now, Al.com reported. But the jokes don’t stop there. “I’ve been called The Rock and Vin Diesel’s love child,” Fields said. “I go along with it. It’s humorous. It’s flattering. It could be worse people, I guess.” Fields describes himself as a “cut-up” who will go along with the jokes. He even goes as far as to do an impression of both Johnson and Diesel if pressed to do so. 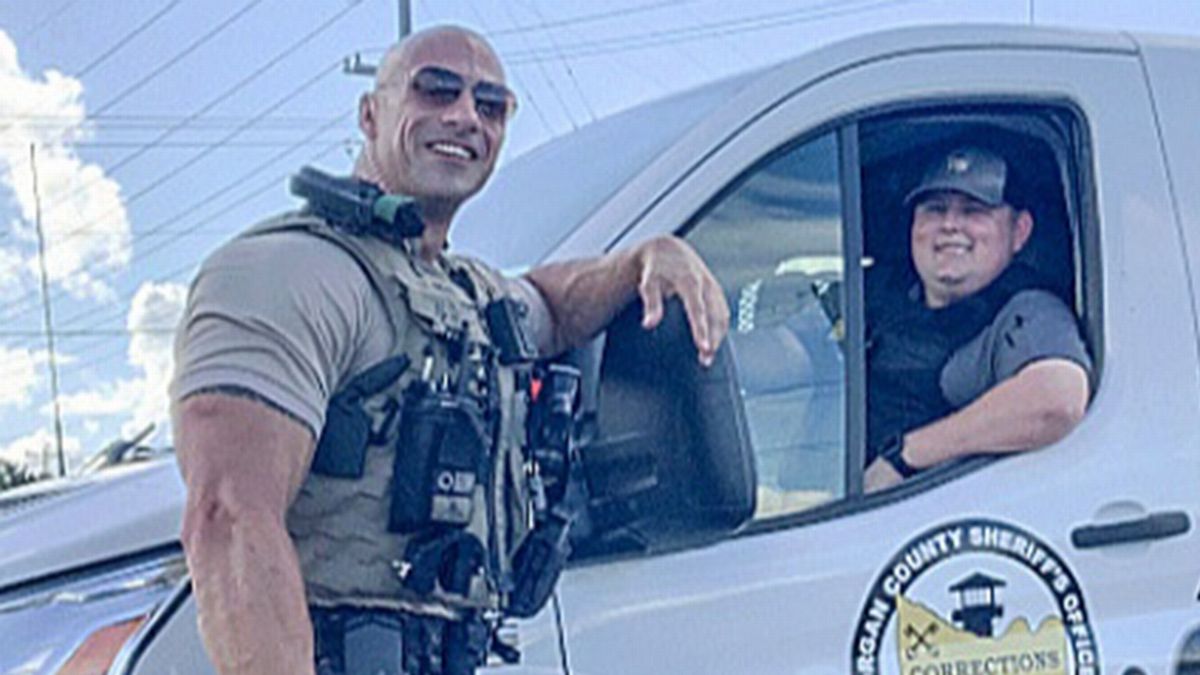 When he met the young man last week who was excited to meet him, he didn’t want to disappoint him, he said. Fields met him at a local Walmart where he worked. He said he was blessed in return by the Johnson movie fan. “The blessing was really for me because he had a s*irit that was just such a great person to meet,” Fields said. “He’s the real celebrity. Everybody knew him and loved him. It was a blessing to me. I go trying to bless someone else, and I come out with the blessing of meeting him. I wish the actual Rock could meet this kid. He’s the hometown hero.” Fields said he hopes his resemblance to the “Rock” allows him to further connect with the people in Morgan County. And while he doesn’t want to disappoint anyone or get their hopes up, he believes he can only be himself. “I just plan on being me. I’ll cut up. I’m a big c*t-up. If it comes up and somebody says that, I’ll play along. I really couldn’t be anybody but me. I’m just glad I could be part of someone’s happiness and laughter.”