by Just Brian 1 week ago1 week ago

Cardi B’s parenting is coming under social media scrutiny once again as it pertains to her daughter with Offset, Kulture. The rapper was recently surprised by her husband with a Valentine’s Day trip where they also took their two-year-old daughter away from Atlanta to a trop*cal island. 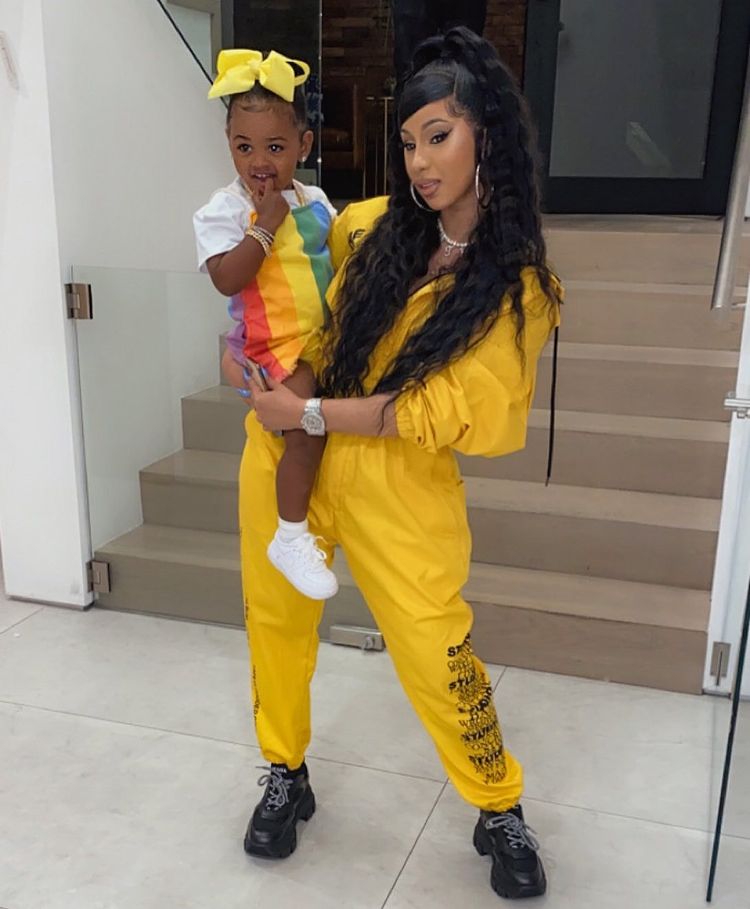 While some fans prais-ed the multiple showings from the family, some found the time to cr!ticize her for a picture that she shared of Kulture. In a picture that was shared in Cardi’s Instagram Story, Kulture can be seen on a boat sitting by the b*r in a cute t-shirt with diapers and a pacifier.

Instead of fans commenting on how adorable the toddler is, a lot of them decided to leave Instagram to take to Twitter with backl-ash directed towards Cardi for Kulture s*ck*ng on a pacifier.

Some kids are not like YOUR KIDS ! some kids don’t leave they paci fast or bottle or potty trained faster then others .Some kids are cool ,calm some like to play and are super active that barely naps (mine) stop tellin moms what to do with their kids.All kids are different’

Among the commentary were tweets like “CARDI KNOW KULTURE TOO DAMN BIG FOR THAT PACIFIER,” and “Lmao Cardi not even trying to take that pacifier away from Kulture,” began to flood Twitter. Someone else decided to comment on her possible future dental work. “And kulture has a mouth full of spaced teeth that’ll probably be like that into ad*ltho-od because her mother doesn’t want to hear her c** for a pacifier,” wrote the user. 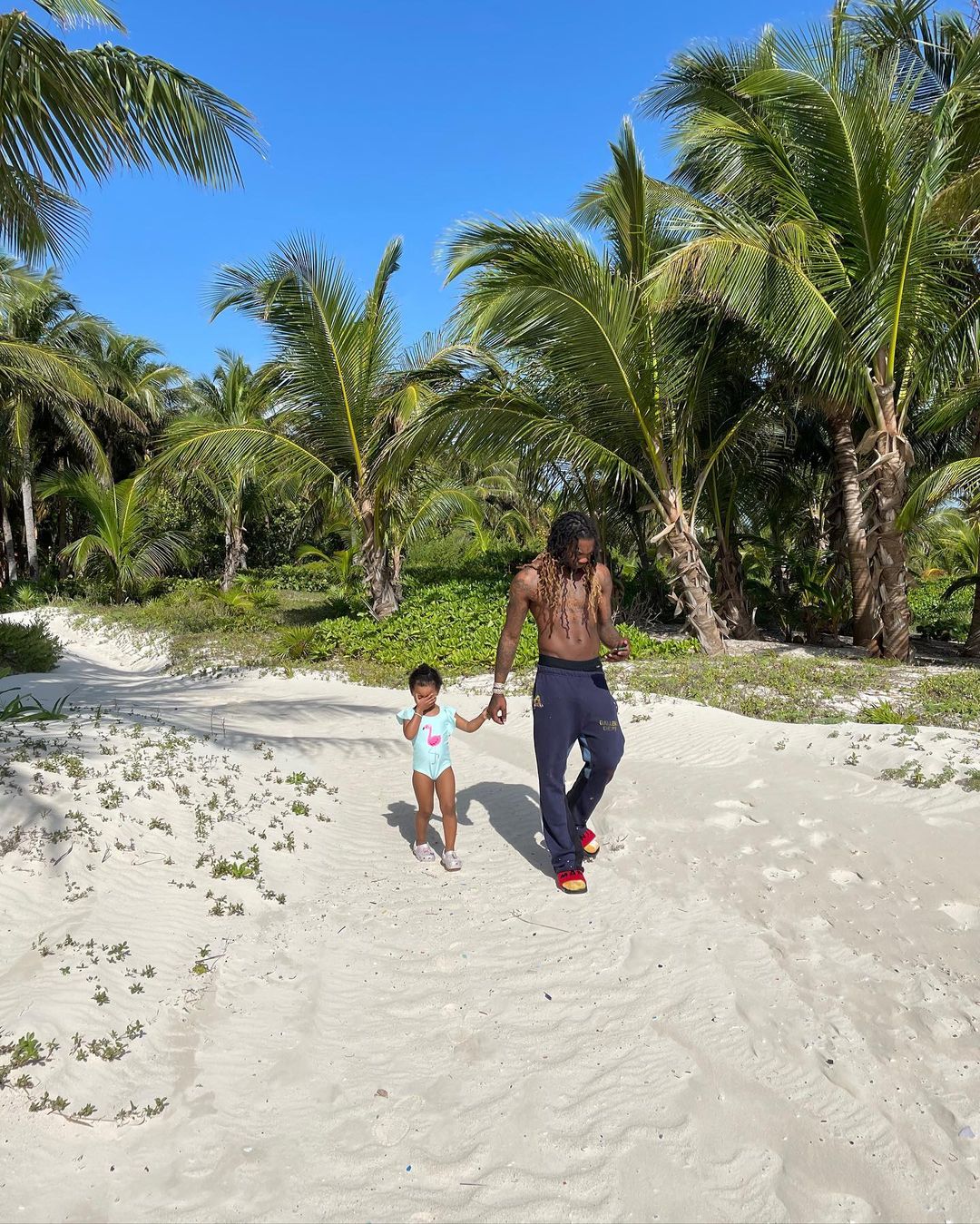 Upon catching wind of the cr!tic-ism, Cardi push-ed back aga!nst those who had opinions aga!nst her. “Some kids are not like YOUR KIDS,” the “Up” rapper wrote on Twitter. “Some kids don’t leave they paci fast or bottle or po-tty trained faster then others . Some kids are cool, calm some like to play, and are super active that barely naps (mine) stop tellin moms what to do with their kids. All kids are different.” 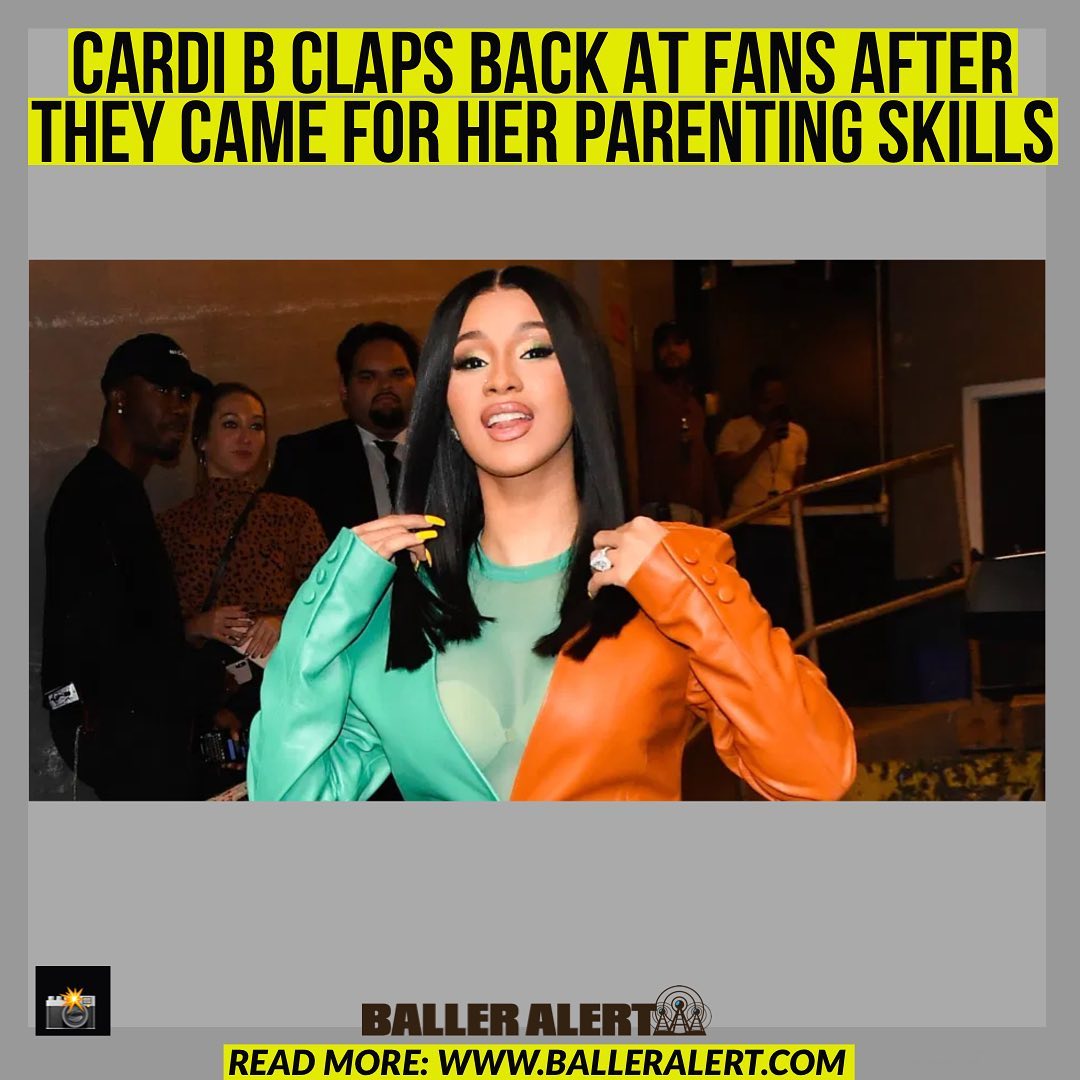 This is not the first time that Cardi has faced the wrath of social media when it comes to Kulture. Over the summer of last year, she also posted a picture of Kulture, then one-year-old, with a pacifier in her mouth. A Twitter tr*ll found f**lt in the picture of the toddler and wrote, “How old is Cardi’s daughter? And she still su-cks on a damn pacifier smh.” Cardi offered a response to the fan in the hopes that she would never fix her fingers to type anything towards her concerning her child. “Your mom probably old enough to not have teeth and she still explet!ve right? Have a kid first and raise them your f****** self,” Cardi responded back. She’s also faced backl-ash for Kulture walking into a room while her single “WAP” was playing, to which she abr*ptly turns it off.