People celebrate with family and friends after winning a lottery, but a man from Jamaica did the opposite. He hid his identity from the world by wearing a mask while collecting the money. 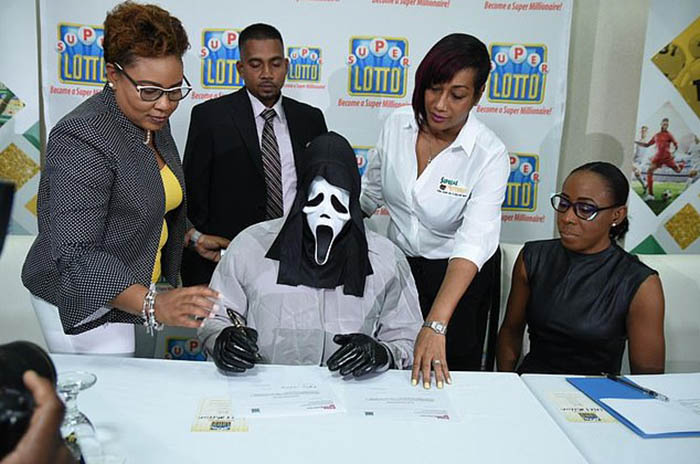 A Jamaican guy claiming his win money of $158.4 million does so while sporting a mask, inspired by the Scream movie. A. Campbell won The jackpot from the nation’s Super Lotto. The man opted to hide his name in public so that his relatives wouldn’t bug him for money as he waited for over 54 days to get the winning sum. 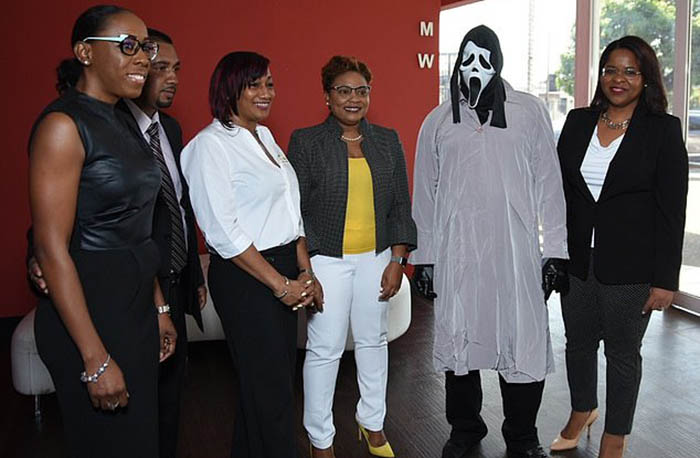 Campbell shared that he often wrote down the winning lottery number once disclosed on television. One day, he finished eating his breakfast and verified the lottery number. That evening, as soon as he noticed his ticket, he realized he had won. Campbell also disclosed his financial goals with the prize money. He plans to invest in a new property and has plans to grow his little business. The guy enjoys using his money wisely and doesn’t have to borrow from others. Moreover, he takes pleasure in being the owner of his money.

Images of Campbell swiping cash from lottery executives while wearing a mask on his face went viral quickly. He was spotted getting a sizable check from the team and shaking hands with the executives. Due to the high level of crime in the region, people from the Caribbean typically wear disguises when collecting their winnings. And in some situations, it is brought on by the worry that their family members and friends would press them for cash.

A lady also veiled herself previously by donning an emoji mask to guard against theft. She won money in Jamaica that was close to $180,900,000.