Those living on the street are often neglected, with no means to support them and no one to care for them. When living another day is a struggle, personal care becomes irrelevant. Too often we have walked past such people, never giving a single thought to their plight. But some people are different, some truly care for the lowly, downtrodden, and homeless. 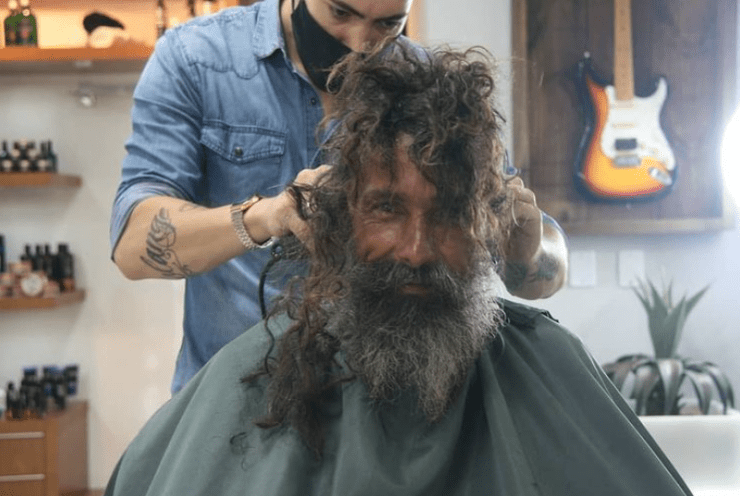 A London-based hairdresser has taken an out-of-the-box initiative to bring some smiles to the br**en faces of homeless people. He wanted them to feel happy, that there are people that still care. Want to learn how? Here’s the story. Joshua Coombes is a London-based hairdresser, who gives free haircut to homeless people. For years he is been heading to the streets giving a make-over to those who have nowhere to go other than the street itself. On the back of his effort, he has created a social media awareness campaign to bring to light the plight of such people. 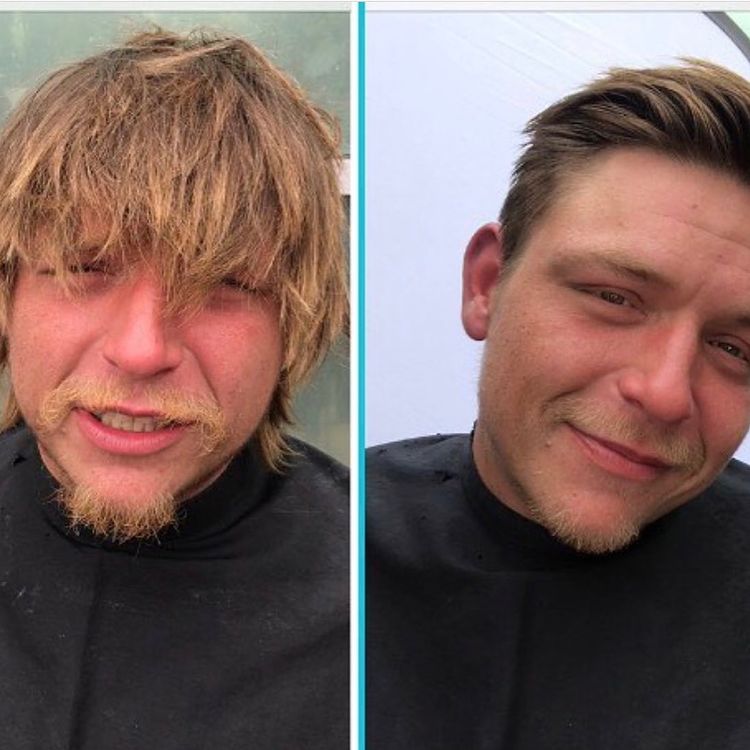 But for Joshua, it is less about awareness and more about compassion. He wants to highlight that these people also have histories, and experience that has led them to such a state. He wants to share that story. Every time he’s done with someone’s makeover, he asks the person whether he could share the story. After approval, he posts them on his Instagram page with the hashtag, ‘Do Something For Nothing’. He wants to build a perception of these people, that they are humans too, full of feelings and emotions. His campaign’s core objective is to make people aware that those living on the streets are no different from those with more privileges in life. Talking with UNILAD, Joshua said, “For me, it’s not about whether someone is deserving or undeserving. We’re all human, we all make mistakes. It’s about trying to get rid of that thick layer of the stigma that surrounds people who live on the streets in most cities and painting it literally in a new color, which is not just statistics. The Do Something For Nothing (DSFN) movement encourages people to realize there is no ‘us and them’ when it comes to people living on the streets, and that a moment of compassion can go a long way.” For Joshua the makeover is secondary, chatting with them and learning about their stories is the primary goal.

His Do Something For Nothing continued to grow with more people joining the movement. Last year he took another initiative. With his friend, Jamie an artist Joshua visited Skid Row in Los Angeles – a place with a notorious reputation of being home to the largest homeless community. Joshua gave the haircut and his artist friend made a portrait of those people. Later the duo rented a gallery and showcased the artwork with the title Light and Noise. According to Joshua, “the prints give us this realization that this is happening in every city.”