One of the most prominent personalities in the Basketball world, Shaquille O’Neal wants his children to make a name for themselves, not relying on his fortune. The basketball legend, on many occasions, has clearly expressed that he won’t be showering his children with gifts and favors, just because they are his children. 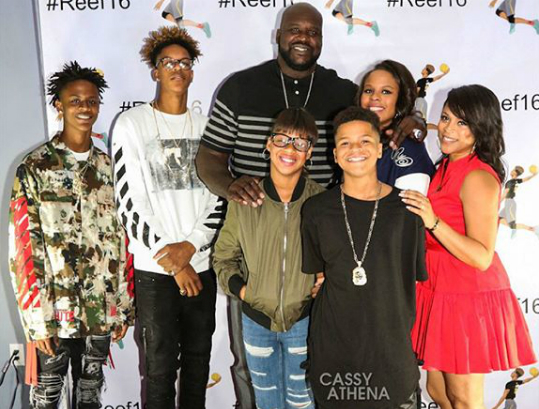 Interestingly, in an interview in The New York Times, the NBA star revealed that his money has become a point of conflict in his family. It’s because of his point of view of not giving anything to his children they do not deserve. He further stated that “My children are already older. They’re a little upset with me, well, not really upset, but they don’t understand me. I tell them all the time: ‘We are not rich, I am rich.’ You have to have a profession and then if you want me to invest in one of your companies, you have to introduce it to me. I’m not going to give them anything, “

He has cleared his intentions, “I’m not going to give it to you. They have to earn it.” Apparently, the former NBA champion hopes that his children will craft their own niche and will work hard to achieve success. Every parent wants to instill good values, ethics, and responsibilities in their children. This is the way of Shaquille O’Neal’ who , despite having the fortune to afford the luxuries of the world, wants his children to make their own way. He wants his 6 children to be ready to face the challenges of life and become better and responsible.

He says, “There is a rule: education. I don’t care if they play basketball. I do not care anything about that. I have six children. I would like you to be a doctor, a hedge fund owner, a pharmacist, a lawyer, a business owner, someone to take care of my business. But I tell them that I am not going to give it to them. They have to earn it.”